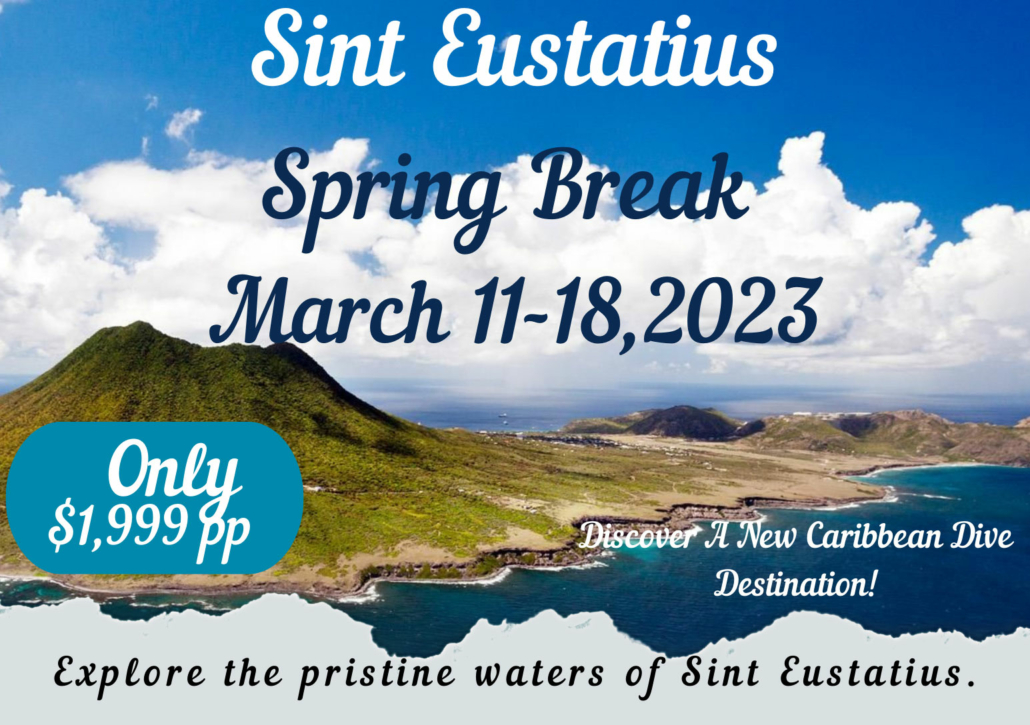 However, there is one other type of site called the “Blue Bead Hole.” The blue beads hold historical importance in St. Eustatius. They were used as a reward for slaves in the 17th century. The beads are the only artifacts divers are allowed to bring up and only in certain areas.

With so many habitats, there is plenty for divers of all levels to discover. Lava flows and outcroppings make for interesting underwater panoramas. You won’t be bored in St. Eustatius!

All payments are non-refundable and dependent on being able to fill your space. We highly recommend Dive Accident Insurance as well as Trip Cancellation Insurance. The Dive Assure Diamond Policy includes both Trip Cancellation Insurance & Diving Accident Insurance and can be purchased by going to our website and clicking on the link to Dive Assure or you can purchase it at Midwest Aquatics Swim & Scuba Center.
* Total price may change due to taxes or surcharges